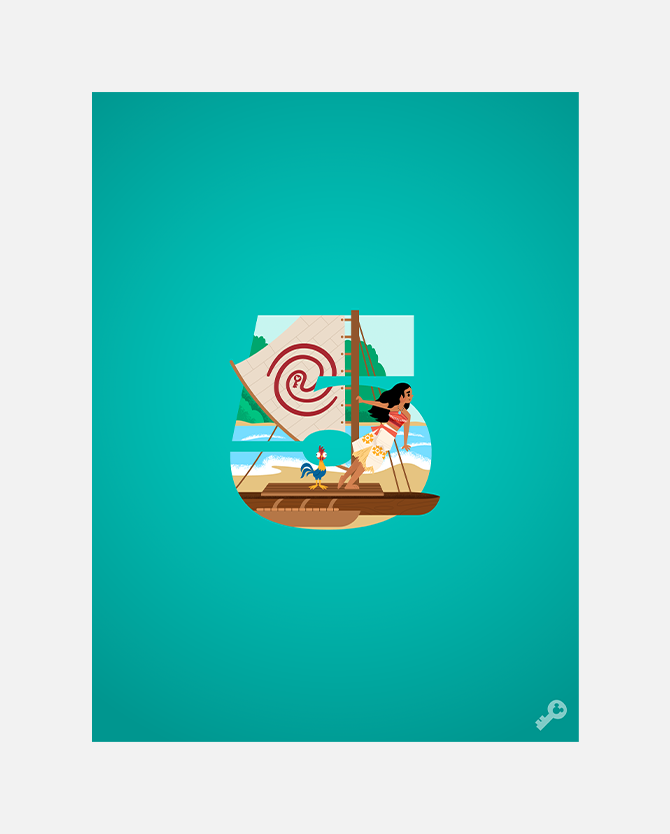 Celebrate the 5th anniversary of Moana with our Digital Backgrounds & Coloring Sheet reward!

Three thousand years ago, the greatest sailors in the world voyaged across the vast Pacific, discovering the many islands of Oceania. But then, for a millennium, their voyages stopped, and no one knows why… Walt Disney Animation Studios’ Moana is about an adventurous teenager who, with help from demigod Maui (voiced by Dwayne Johnson) sails out on a daring mission to prove herself a master wayfinder and save her people.

Moana is now streaming on Disney+.*