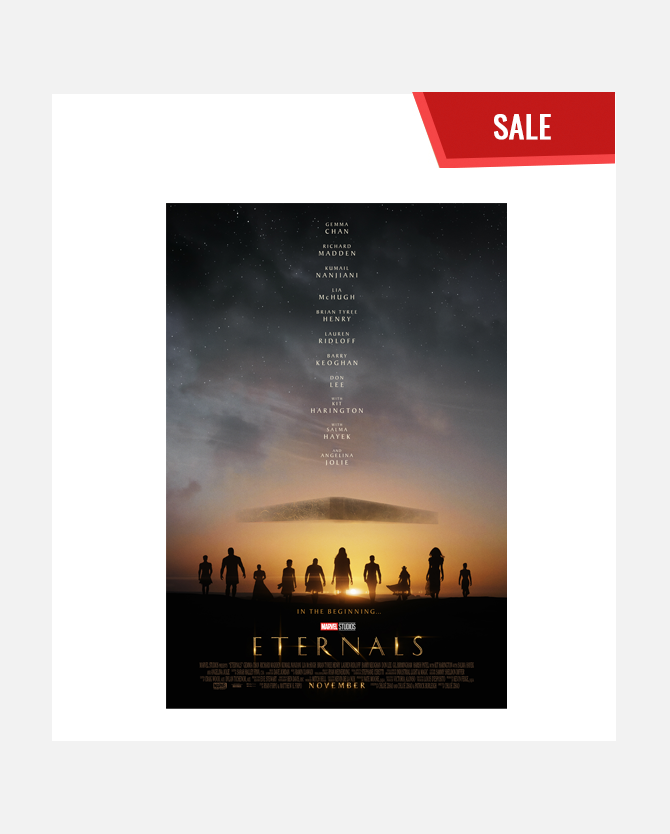 Marvel Studios' Eternals features an exciting new team of Super Heroes in the Marvel Cinematic Universe; ancient aliens who have been living on Earth in secret for thousands of years. Following the events of Avengers: Endgame, an unexpected tragedy forces them out of the shadows to reunite against mankind's most ancient enemy, the Deviants.