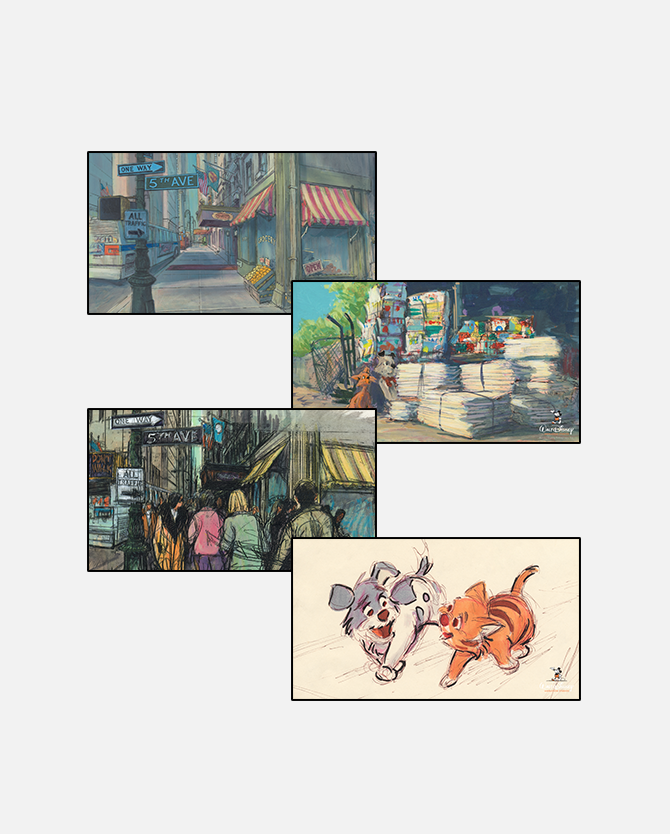 Bring some cat-tiude to your next video conference with the Oliver and Company Virtual Conference Backgrounds reward – featuring original artwork from Walt Disney Animation Studios!

Oliver and Company is now streaming on Disney+*.