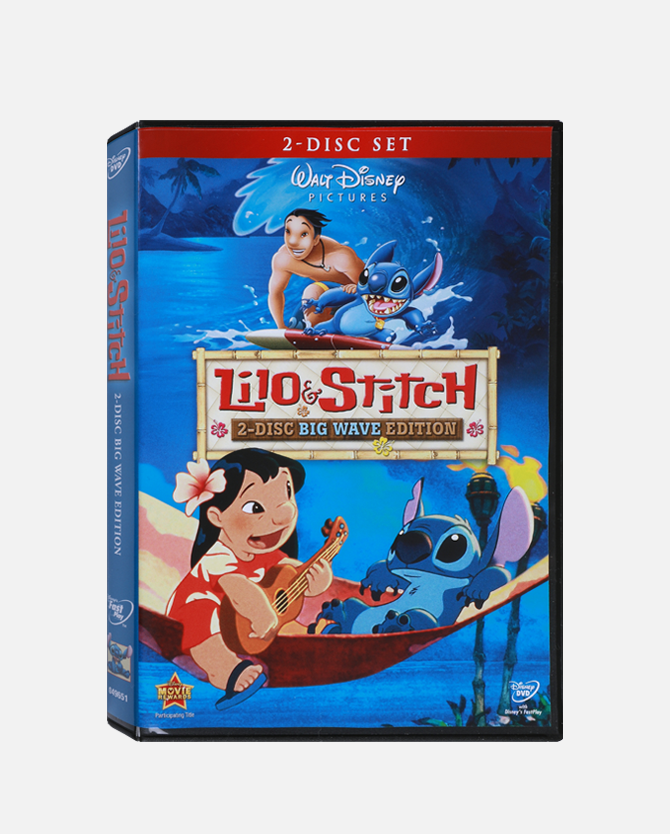 Get ready for the wildly original story about an independent little girl named Lilo and her adopted alien "puppy," the mischievous Stitch, a runaway genetic experiment from a faraway planet. After crash-landing on Earth, Stitch wreaks havoc on the Hawaiian Islands, but he also learns about loyalty, friendship and 'ohana, the Hawaiian tradition of family. Now, catch the wave of fun and adventure in this 2-Disc Big Wave Edition jam-packed with games and awesome bonus features that take you and your family behind the scenes of the movie! Experience Lilo & Stitch like never before in this 2-Disc Big Wave Edition. There's excitement and entertainment for every member of your 'ohana! Languages: English, French, 2-Disc DVD. Canada Only

You have redeemed 600 points for reward, Lilo & Stitch DVD - Canada