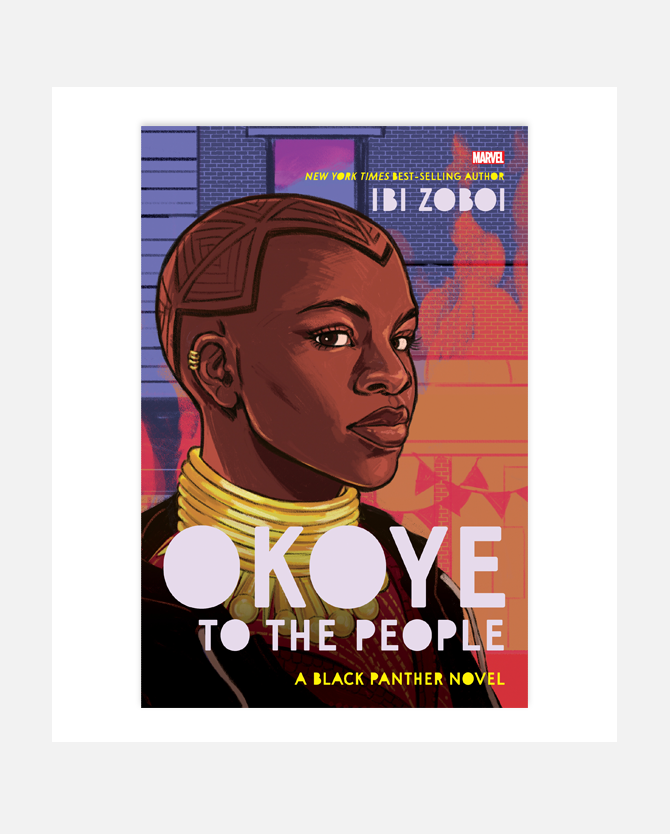 Okoye to the People - A Black Panther Novel (Book)

In this young adult novel by best-selling novelist Ibi Zoboi, Okoye is going on her first trip to America with King T’Chaka, who has been tasked with joining other African leaders as a special envoy to the World Humanitarian Aid Council. But when Okoye arrives in New York, she realizes the city—and her mission—are not what she expects. Thrown into conflict in Brownsville, a neighborhood struggling with gentrification, Okoye must find her place in the Dora Milaje, and the world. Ibi Zoboi, a National Book Award Finalist and New York Times best-selling author, joins Marvel Universe storytelling with this heartfelt novel that takes Okoye to America for the very first time. Before she became a multifaceted warrior and the confident leader of the Dora Milaje, Okoye was adjusting to her new life and attempting to find her place in Wakanda’s royal guard. Initially excited to receive an assignment for her very first mission and trip outside Wakanda, Okoye discovers that her status as a Dora Milaje means nothing to New Yorkers. When she meets teenagers not much younger than herself struggling with the gentrification of their beloved Brooklyn neighborhood, her expectations for the world outside her own quickly fall apart. As she gets to know the young people of Brownsville, Okoye uncovers the truth about the plans of a manipulative real-estate mogul pulling all the strings—and how far-reaching those secret plans really are. Caught between fulfilling her duty to her country and listening to her own heart urging her to stand up for Brownsville, Okoye must determine the type of Dora Milaje—and woman—she wants to be. In this fish-out-of-water story, Ibi Zoboi combines the high-stakes adventure of the world of the Black Panther with the grounded and real-world challenges that bring her work to life.