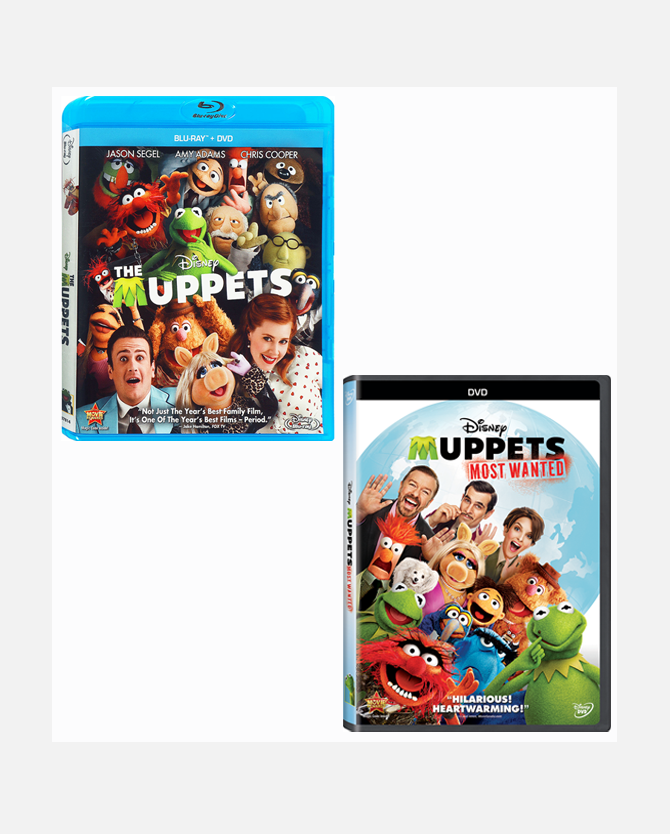 There's plenty of fun for the whole family as Kermit the Frog, Miss Piggy, Animal and the entire Muppets gang head out on a world tour. But mayhem follows the Muppets, as they find themselves unwittingly entangled in an international crime caper. Now Kermit is behind bars, and the World's Number One Criminal, Constantine - a dead ringer for Kermit - has taken his place. Will Kermit escape in time to save the day? Packed with dozens of guest cameos and some great new songs, Disney's Muppets Most Wanted is the most hilarious, most wanted Muppet movie ever! Languages: English, Spanish (1 DVD).

While on vacation in Los Angeles, Walter, the world's biggest Muppet fan, his brother Gary, and friend Mary uncover the diabolical plot of a greedy oil millionaire to destroy the Muppet Theater. Now, the Muppet-loving trio must reunite Kermit, Miss Piggy, Fozzie Bear and their friends to stage the greatest Muppet telethon ever and save their beloved theater. The gang is back together again in a must-own movie full of irresistible music and family fun. Languages: English Spanish French. Blu-ray™ (2-disc).