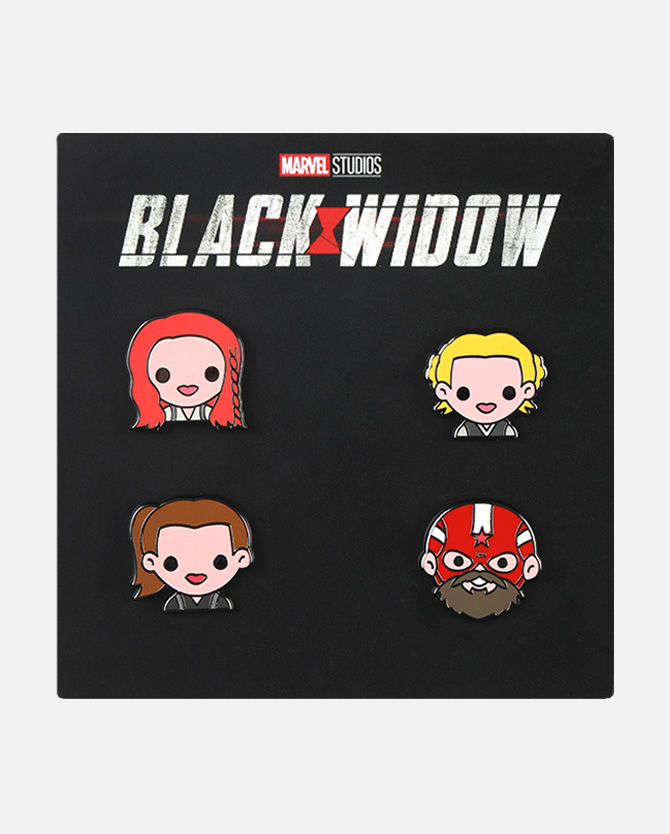 In Marvel Studios’ action-packed spy thriller Black Widow, Natasha Romanoff aka Black Widow, confronts the darker parts of her ledger when a dangerous conspiracy with ties to her past arises. Pursued by a force that will stop at nothing to bring her down, Natasha must deal with her history as a spy and the broken relationships left in her wake long before she became an Avenger.

Commemorate the release of Black Widow with the Marvel Studios' Black Widow Member-Exclusive Pin Set. The four emoji character pins include (from upper left), Black Widow, Yelena, Red Guardian and Melina in enamel fill on a metal alloy base. Pins arrive carded on a Black Widow logo card and sealed in a polybag for protection.

See Black Widow in theaters or order it on Disney+ with Premier Access on July 9, 2021. Disney+ subscription and additional fee required.