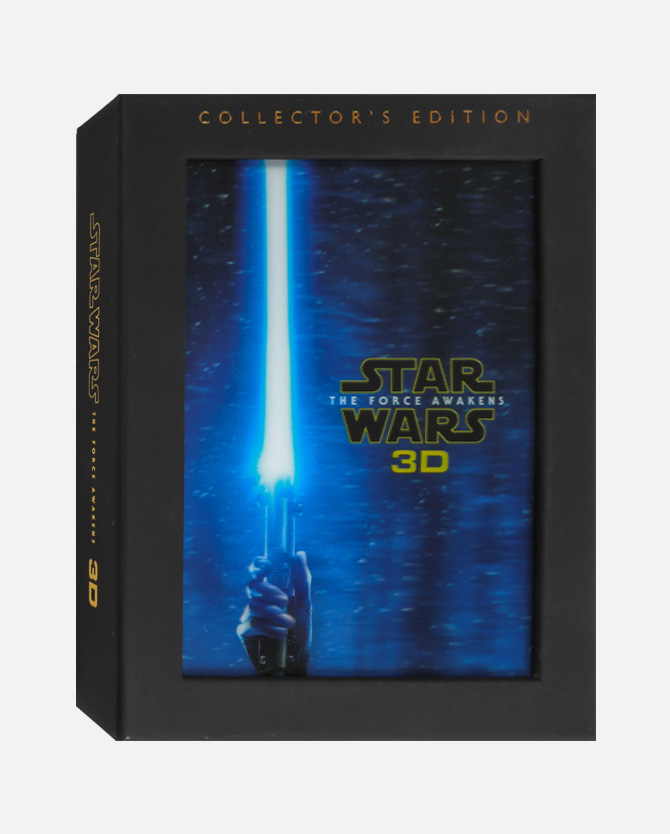 Own the motion picture event of a generation in 3-D format! As Kylo Ren and the sinister First Order rise from the ashes of the Empire, Luke Skywalker is missing when the galaxy needs him most. It's up to Rey, a desert scavenger, and Finn, a defecting stormtrooper, to join forces with Han Solo and Chewbacca in a desperate search for the one hope of restoring peace to the galaxy. Languages: English, Spanish, French. (1 Blu-ray™ 3D, 2 Blu-ray 2D, 1 DVD + Digital Code US Only). NOTE: This older packaging may include expired offers.