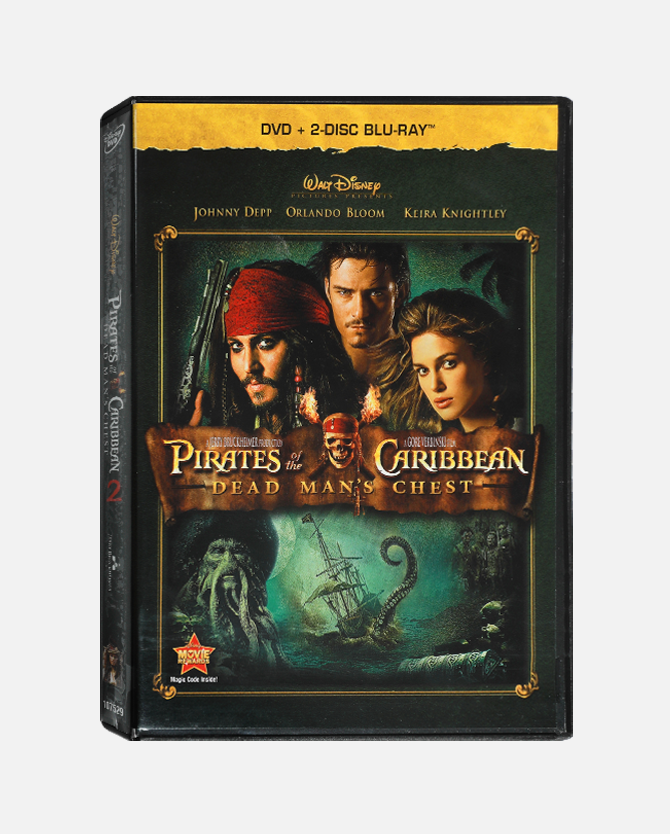 Charming rogue pirate Captain Jack Sparrow (Johnny Depp) is back for a grand, swashbuckling nonstop joyride filled with devilish pirate humor, monstrous sea creatures and breathtaking black magic. Now, Jack's got a blood debt to pay -- he owes his soul to the legendary Davy Jones, ghostly Ruler of the Ocean Depths...but ever-crafty Jack isn't about to go down without a fight. Along the way, dashing Will Turner (Orlando Bloom) and the beautiful Elizabeth Swann (Keira Knightley) get caught up in the thrilling whirlpool of misadventures stirred up by Jack's quest to avoid eternal damnation by seizing the fabled Dead Man's Chest! Languages: English, Spanish, French (Blu-ray™ 3-Disc (BD2/SD) (SD Amaray).

You have redeemed 500 points for reward, Pirates of the Caribbean: Dead Man's Chest Blu-ray Combo Pack