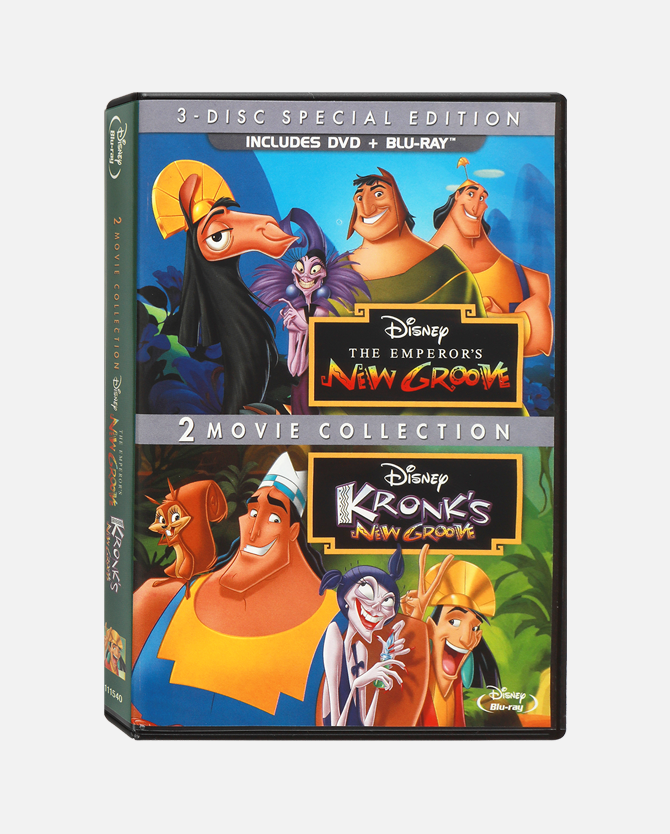 Featuring an all-star cast and the Academy Award-nominated song, My Funny Friend and Me, this 2-movie collection is king-size fun for the entire family! When the young and spoiled Emperor Kuzco is transformed into a llama by his sinister advisor Yzma, it takes a thoughtful peasant to restore the kingdom and show Kuzco just how much fun it is to be true to yourself. Then laugh along with Yzma's hilarious henchman Kronk as he cooks up big trouble in the fantastic follow-up film. These two comedy classics are better than ever on Disney Blu-ray! Languages: English, Spanish, French (Blu-ray + DVD 3-discs).