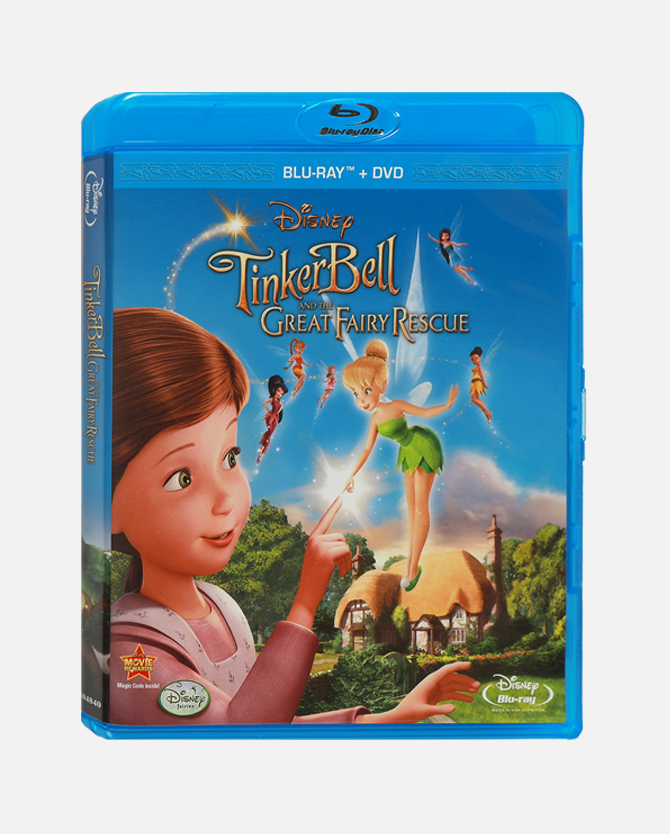 What would you do if you met a fairy? Witness the historic moment when Tinker Bell first meets a human being ... and it's not who you think. Years before meeting Wendy and the Lost Boys, Tinker Bell met Lizzy, a little girl with a steadfast belief in the power of pixie dust and the magic land of fairies. During the fairies' summer visit to the flowering meadows of England, two very different worlds unite for the first time and Tink develops a special bond with a curious child in need of a friend. As her fellow fairies launch a daring rescue, Tinker Bell takes a huge risk, putting her own safety and the future of all fairykind in jeopardy. Experience Disney's astonishing all-new movie about the true power of faith and friendship. Bursting with excitement and imagination, Tinker Bell and the Great Fairy Rescue is magical entertainment for the whole family. You might even learn to fly. Languages: English, Spanish, French; Blu-ray ™.

You have redeemed 650 points for reward, Tinker Bell and the Great Fairy Rescue Blu-ray Combo Pack