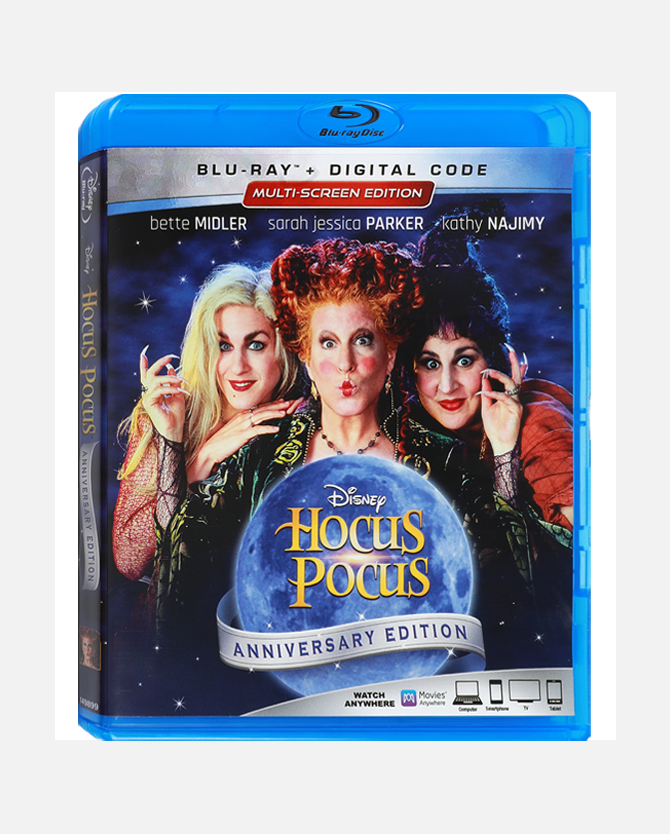 In Disney's Hocus Pocus, Academy Award® nominee Bette Midler (Best Actress, 1991, For The Boys), stars with Sarah Jessica Parker (Sex And The City) and Kathy Najimy (The Wedding Planner) as three wild witches who return from seventeenth-century Salem for a night of zany fun and comic chaos. After they're conjured up by unsuspecting pranksters, the tricky trio sets out to cast a spell on the town and reclaim their youth. But first they must outwit three feisty kids determined to foil their scheme! Filled with bewitching laughs and magic, this hilarious film is perfect for the whole family! Languages: English, French, Spanish; 1 Disc Blu-ray + Digital Code (US). Please note: Digital Code is US only.