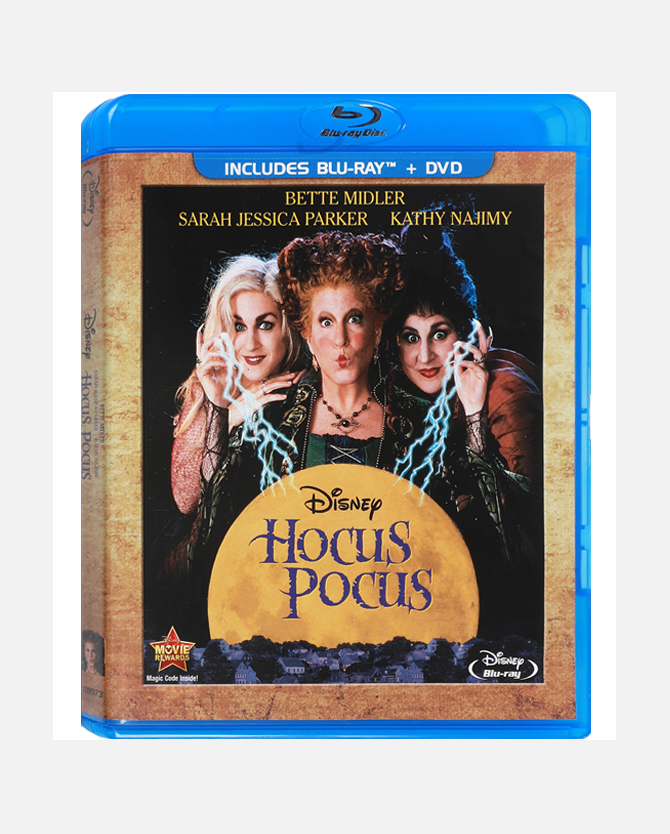 Conjure up a cauldron of laughs with Hocus Pocus, a fiendishly fun movie now on Blu-ray for the first time, featuring an all-new digital restoration with enhanced picture and sound. Academy Award(R) nominee Bette Midler (Best Actress, 1991, (For The Boys), Sarah Jessica Parker (Sex In The City) and Kathy Najimy (The Wedding Planner) star in a wild and wacky comedy for the entire family. When three 17th century Salem witches are accidentally summoned by modern-day pranksters, the 300-year-old trio sets out to cast a spell on the town and reclaim their youth, but first they must outwit three kids and a talking cat. Get ready for a night of zany fun in this bewitching comedy classic. Languages: English, Spanish, French 2-Disc (BD/SD) Blu-ray case.