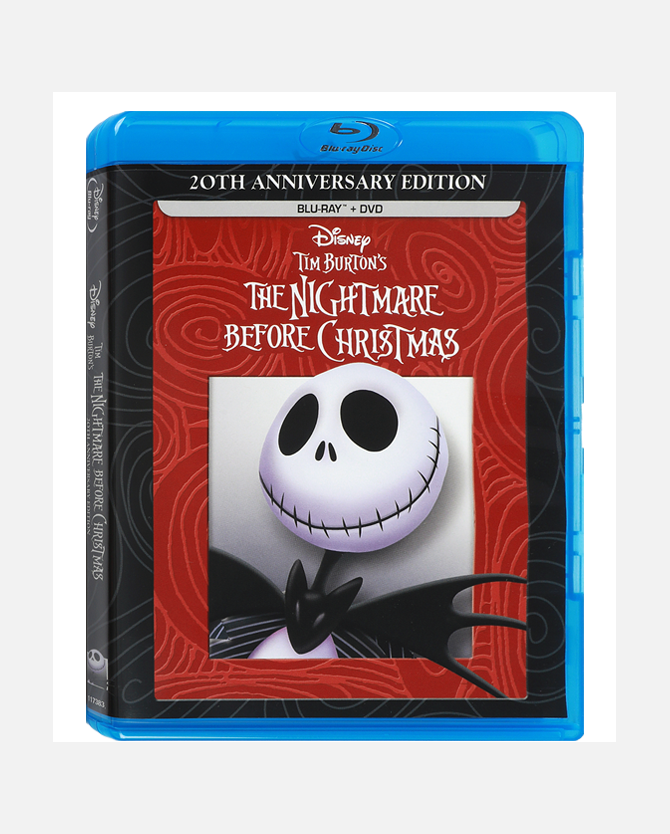 Rattle your bones and jump for joy -- it's the 20th Anniversary Edition of The Nightmare Before Christmas on scare-ific, spooktacular Blu-ray Disc ™! Bored with the same old scare-and-scream routine, Pumpkin King Jack Skellington longs to spread the joy of Christmas. But his merry mission puts Santa in jeopardy and creates a nightmare for good little boys and girls everywhere! Hear the genius of Danny Elfman's sensational music in 7.1 Surround Sound as the fantastic talents and imaginations of Tim Burton and Henry Selick come to life in stunning Hi-Def. The Nightmare Before Christmas-- even more eerie and extraordinary on Blu-ray High Definition! Languages: English, Spanish, French (2-discs; DVD & Blu-ray)

You have redeemed 1200 points for reward, The Nightmare Before Christmas 20th Anniversary Edition Blu-ray Combo Pack