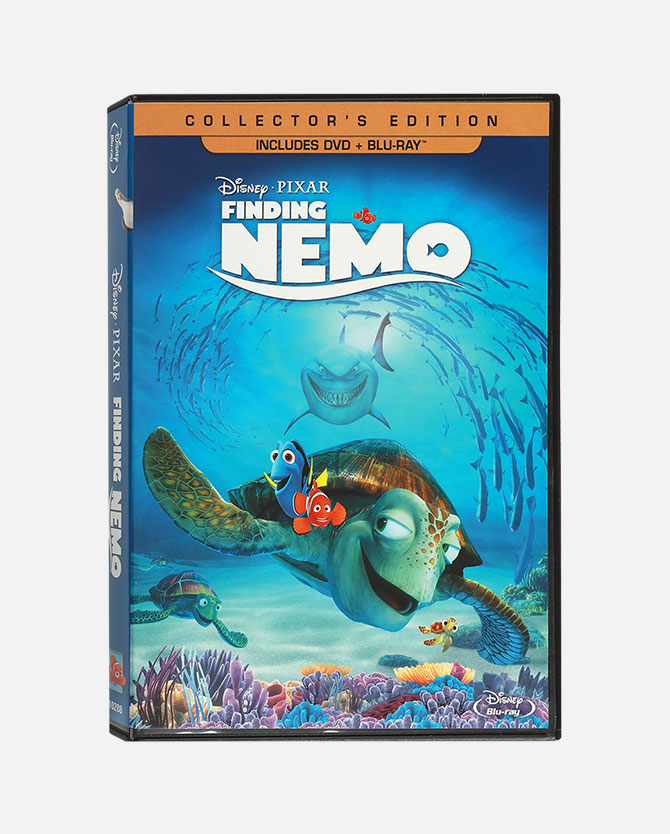 Sea it like never before! Fully immerse yourself in the stunning underwater world of Disney-Pixar's Finding Nemo! From the creators of Toy Storyand Monsters Inc.. In the depths of the Great Barrier Reef, Marlin (Albert Brooks), an overly protective clownfish, embarks on a daring rescue mission when his beloved son, Nemo, gets scooped up by a diver. With his unforgettable friend Dory (Ellen DeGeneres) by his side, Marlin encounters an ocean full of memorable comedic characters on his momentous journey -- to find Nemo. Bring home the humor and heartfelt emotion of the epic adventure that captured the Academy Award for "Best Animated Feature Film" (2003)! Languages: English, Spanish, French (3-discs; DVD, Blu-ray(2), in DVD case).